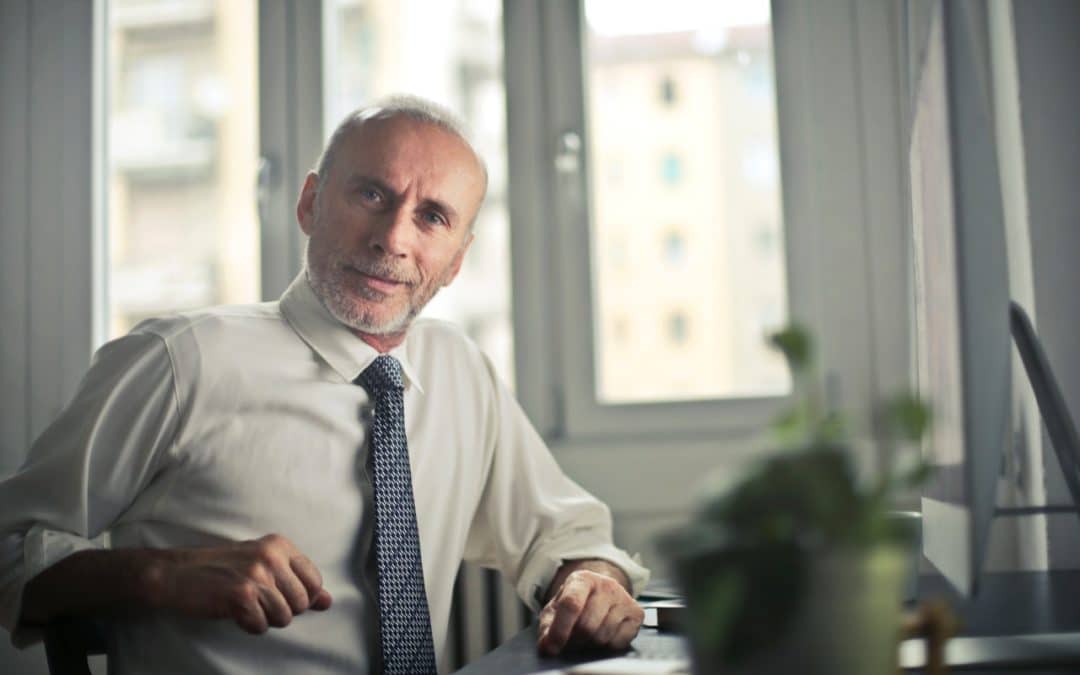 Planning for age discrimination? Are you kidding? Not at all. It’s one of the most important plans you will ever consider.

Most working professionals approach their careers with trust, assuming it will all work out because it started out so well. They assume that they will continue to be treated the same way in their 50s and 60s as they were treated in their 30s.

They focus their early career on education, skill building, and credentialization. Then mid career, most decrease their investment in these areas, completing fewer new certifications, training, association participation….they stop creating life lines for their future. Why? Because they are busy. Mid career professionals don’t have much time and certainly their employers tend to load on the work at this stage. Who has time to do study for months for a certification?

When you hit your late 40s, you start to notice the little things.  Maybe that your career has slowed down, promotions are not coming your way or are far less frequent, coworkers you mentored who are under 35 are moving up more quickly and something feels off.

It’s not your imagination. You need to pay attention.  Age discrimination is an epidemic.

The Greater Recession in 2008 made it much worse.

Age discrimination starts earlier now than ever.  Try 35 in some fields.  You are probably thinking, “How is that possible?” It’s everyone’s reality now.

If you are a woman, it’s worse for you. Experts claim they don’t know why. Women know why. Across all industries, age bias complaints are increasing:

When I speak to contacts I’ve known for years in Recruiting, both external search and internal corporate roles, they tell me off the record that age discrimination is rampant and unlike anything they’ve seen in the past. Each says that clients aren’t even trying to hide their requests for the search firm to find the 37 year old VP. They are blatant about their bias against candidates over 40.

Bias is back in a big way.

Age discrimination is the last form of acceptable discrimination. It’s both overt and subtle, and bias is built into mindsets and organizational structures both deliberately and unconsciously.

It seems that everyone agrees that diversity is good. But not when it comes to age. Diversity is supported by the majority of companies but they forget to include a multigenerational workforce and review their diversity when it comes to hiring older workers while they are reviewing the other categories of diversity. When job seekers  complete their EEO information at the end of the employment application, there is no field for age but they ask about ethnicity, race and gender.

We need a #metoo movement for age discrimination. A social media campaign for people and companies who perpetrate this incredibly destructive practice.  The cost to society is beyond imagination. Think of lost lifetime income in billions. Plus the billions in lost tax revenue. Then add the billions on lost Social Security taxes paid both by employees and employers. Finally, think of the added cost to taxpayers of older Americans forced to retire years, or decades, too early. Then collecting Social Security very early instead of paying into Social Security as a worker. Age discrimination is a massive tax on America that limits growth, destroys our financial security and irreparably harms careers.

AARP, forced to rebrand because almost no Americans can retire, has a new focus.  What are they focusing on? Extending employment! Literally. And what is one of their biggest advocacy issues now for members? Age discrimination in the workplace.

Since we are living longer, the biggest threat to your career is age discrimination. It’s that simple. Most people have no concept of how quickly they can become part of the long term unemployed after age 50.

It escalates. You become a bigger target as you make more money, which is in mid career.

And as you get older, it’s much more difficult to get a raise even with high levels of performance.

The labor force participation rate of older workers is increasing fastest for the oldest segment of the population – people 65 to 75. People can’t afford to retire, and also just get bored being at home.

The number of older Americans working is up 35%. After thirty years of downsizing and financial crashes, and shorter employment tenure without pensions, people have fewer options.

The US is currently experiencing a record low rate of unemployment, around 3.6%. However, remember the millions of people who essentially dropped out of the job market from 2008-2013? The unemployment rate doesn’t truly include discouraged or just dropped out or retired early or underemployed job seekers.

Workers between 30 and 44 were significantly more likely than those from 45–59 to find a job a year after being unemployed.

How to Plan for Age Discrimination

So if you are a target, age discrimination is an epidemic, and you aren’t interested in self employment, and have to work to 75, what do you do? Also factor in that the Social Security Trust Fund will be insolvent by 2034:

What do you do? Everything and more.

Pay for it yourself. Stop waiting for your employer.

Aggressively plan your own career and don’t let your employer dictate your skillbuilding.

Always conduct a continuous job search. Set up job agents to inform you weekly of new jobs. At a certain level, there just aren’t a lot of new jobs so you will need to see any that are posted. The best time to look for a job is when you have a job.

Plan way ahead starting at the beginning of your career.

Consider jobs that are represented by a union job so you’ll have some sort of representation as you get older.

Get trained in high in demand software in your field.

Consider a career change to healthcare. Tons of opportunity, shortage of workers who can make it through background and deal with complex highly regulated compliance oriented environment which is perfect for older workers with high levels of emotional intelligence.

Stay away from industries that consider anyone over 40 as obsolete.

If you haven’t saved enough for retirement, like almost all Americans, then plan a way to make money up to age 75.

Take care of your health very aggressively. That means yearly exams, preventative care plus truly addressing risk areas early and often. If you let your health decline gradually, it doesn’t matter how much you plan for your career. If you don’t feel well, it’s impossible to perform well in your job.

Take care of your teeth.

Become good friends with a great dermatologist. You’ll need it.

Don’t be cheap when it comes to hair and skin.

Upgrade your look.  Try to figure out how to look anywhere between 40-60.

Become very involved in your industry association and take on a leadership role.

Get Reskilled, Retrained and Update Your Toolkit

Best Jobs for Workers Over 50

You have to plan for a career that may not be so physically demanding that you cannot sustain it from 50-70. Build in a plan for role that is physically feasible. When I was younger, I used to travel constantly. Years later, you have to make a choice. Your spine or business travel. I know skilled trades professionals who can’t be crawling around on the ground or heaving up heavy objects at 68.

These jobs are great for everyone, not just women.

Who really wants to do the same thing for their third act? Open up your mind when planning to something that would be really fun from 50-70. Or 60-80. It’s probably not what you did from 20-40.

This site uses Akismet to reduce spam. Learn how your comment data is processed.